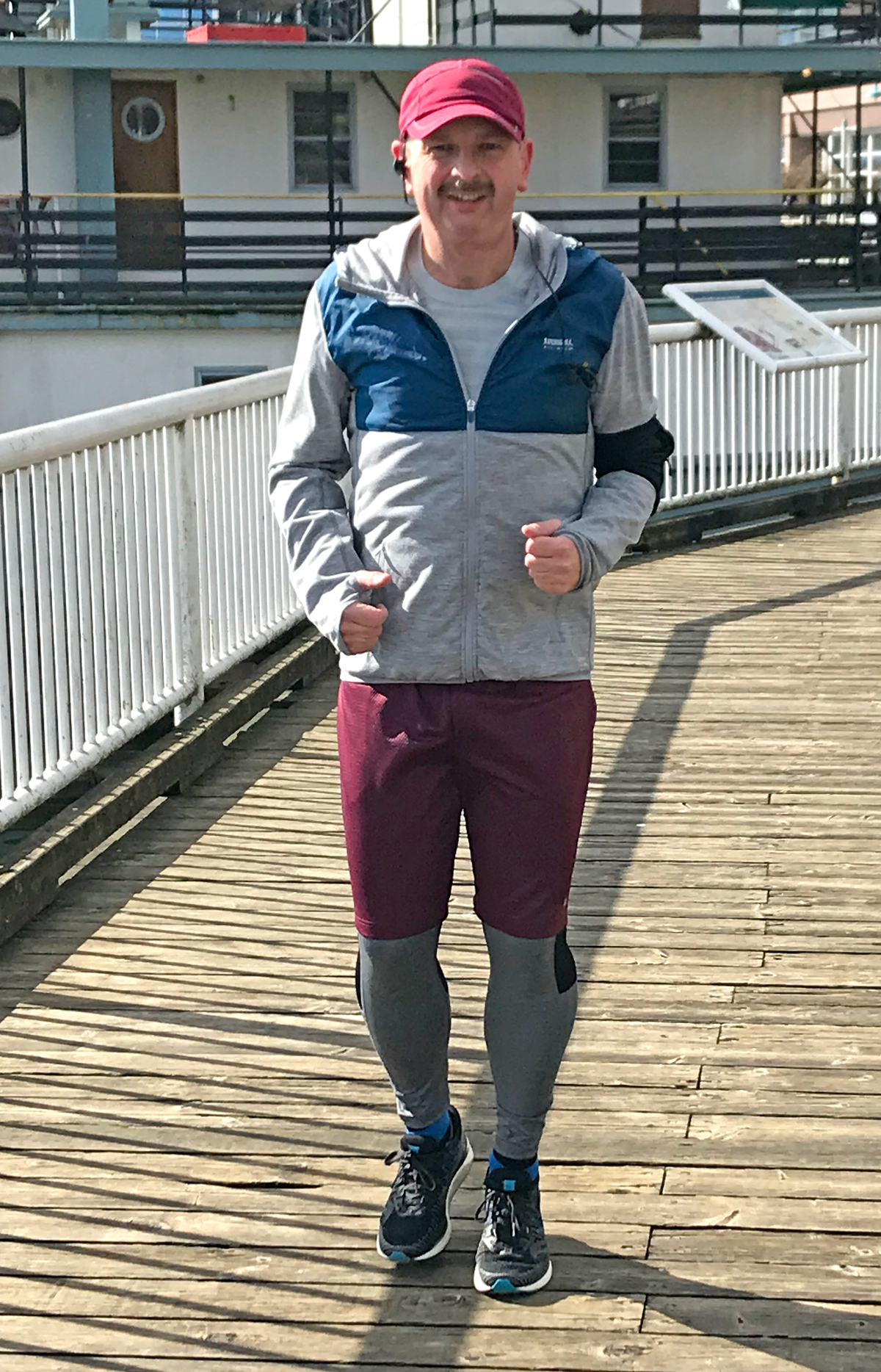 CPO2 Stan Budden’s amazing weight loss is clearly recognizable as he jogs along the New Westminster Quay in Vancouver March 4.

Rob Kardashian Is ‘Having Fun’ Dating Amid Weight Loss

If you ask CPO2 Stan Budden for the secret behind his miraculous weight loss, he is quick to tell.

“It really has a lot to do with the old adage: You lose ounces in the gym, but pounds in the kitchen,” he says.

A little determination didn’t hurt either, he adds.

Two years ago, at 5’ 10”, he weighed 280 pounds. The healthy weight of someone that size is 160 pounds. More than 40 pounds over that average is categorized as very severely obese.

“When I worked as an engineer on Canadian warships I would work long shifts and always go for that quick fix of fast foods like pizza or big heavy sandwiches,” says CPO2 Budden. “I had been overweight for much of my adult life and eventually realized I was in a vicious cycle.”

Over his 24 years in the navy, his weight slowly ballooned. What was once an easy fitness test, became difficult to pass, although he never failed the test. With the weight gain, came depression and anxiety.

It was looking at the Canadian Armed Forces Mental Health Continuum that alerted him to his health issues. Once he sought help for his mental health problems, dealing with the weight was the natural next step.

He was assisted in this by an understanding chain of command and by two Personnel Support Programs (PSP) staff members, Alyssa Jesson (Victoria) and Sean Hommerson (Vancouver), who helped him develop fitness goals and provided support when it got hard. They advised he change his eating habits – pay attention to nutrition, read labels, limit portion sizes, and count calories.

“I track everything I consume because otherwise it is too easy to overeat,” says CPO2 Budden.

After losing the first 40 lbs, he decided to work short lunchtime runs during the week into his daily routine, which grew to longer distances on the weekend.

On New Year’s Eve, he ran in his first five-kilometre run in Victoria; on March 7 he ran the 5km West Van Run in a time of 25 minutes and 40 seconds, finishing 177th out of over 800 people. The next runs on his to-do list is the Navy Run in June and October’s Goodlife Fitness Turkey Trot in Victoria. He also goes to the gym a couple of times a week for weight training.

The physical transformation is so noticeable many colleagues do double takes to make sure it’s him.

Today the 47-year-old father of three weighs 180lbs and is happy at that weight; which means he has completed a 100lb loss, almost the weight of another person. His family has been very supportive of his efforts; his wife and daughter have nicknamed him Scrawny.

“Along with the weight loss and new sleek appearance, the big difference today is I have a lot more energy, a lot less stress. I eat healthy and get outside and get exercise to the point where it has become a sort of religion for me.”

Rob Kardashian Is ‘Having Fun’ Dating Amid Weight Loss

Teddi Mellencamp Responds to All In by Teddi Diet Program Critics