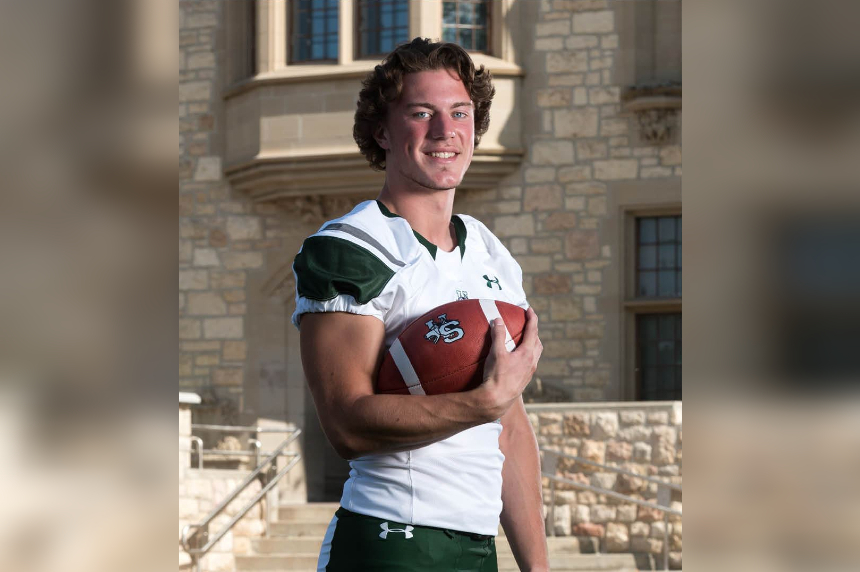 Shari Baraniuk is remembering her son for his big smile, infectious laughter and his athletic ability.

Those qualities are helping Baraniuk make sure his legacy will help other young people from suffering silently after Matthew Baraniuk died by suicide on May 20.

“Just his smile made everybody else smile,” she said. “He was just a very deep, caring soul.”

“He was a rock for a lot of his friends.”

Baraniuk said Matthew was diagnosed with ADHD as a child. Doctors recommended to keep him active, and that was no problem for a boy who would grow into a dedicated athlete.

“He just always wanted to be busy,” Baraniuk said of Matthew’s love of sports at an early age. “At first, the sports really focused him and allowed him to become better and help with the ADHD.”

Maintaining the confidence and trust of his friends helped Matthew be selected as the team captain for a hockey team representing a selection of Western Canadians at a tournament in Europe.

While he enjoyed success at hockey, by grade five, football was his sport. He became a standout performer for the Centennial Chargers before landing with the University of Saskatchewan Huskies football program after high school.

As Matthew’s success mounted, so did his struggles with anxiety and depression to consistently meet expectations and perform at a high level.

“He was never able to really talk about it I think because other kids really looked up to him and he didn’t want to show what he perceived as a weakness,” Baraniuk said.”One of the things he always said was ‘Mom, you don’t understand. You don’t understand what I’m going through.’”

Baraniuk sought the help of doctors, psychiatrists and psychologists, but was unable to find Matthew someone he could relate to.

One particular story helped Baraniuk realize the pressures her son was under as she briefly spoke with a football coach before a game.

“I said, ‘How do you think the game is going to go today?’ The coach turned to me and said, ‘Well that all depends on your boy,’” she said. “What is being said in the locker room what is the feeling my son is under that he can’t have a bad day because he’ll let his whole team down.”

“It didn’t matter if he was in pain physically or mentally — he just had to keep performing.”

Baraniuk wants other young athletes to know there are supports out there for them, so she started a GoFundMe page in Matthew’s memory to help athletes find access to those supports, while also helping shift the culture of sports through training and awareness.

The fundraising campaign will further mental health research initiatives with aims of targeting new methods for treatment of anxiety and depression as well as to establish a mental health mentorship group for athletes.

Baraniuk wants other athletes to feel understood, and the piece of mind that her son’s legacy could end the suffering of other people under similar circumstances.