National Federation Party President Pio Tikoduadua has called on the government to review the Free Medicine Program and make the threshold $30,000

National Federation Party President Pio Tikoduadua has called on the government to review the Free Medicine Program and make the threshold $30,000.

He says he hopes this has been reviewed as well to increase qualification to those from families earning less than $30,000 per annum.

He says what concerns him is the contradiction as far as eligibility is concerned.

Tikoduadua says it is discriminatory – especially against those below the age of 18 years and classified as children.

He says while more than 28% of the population lived in poverty and thousands of others earned less than $20,000 annually, one wonders why the numbers were not significantly higher if the program was so highly beneficial as it was made out to be by Government when it was rolled out five years ago.

He says now, a significantly higher percentage of our population live in abject poverty, are in poverty or almost on the threshold of sliding into poverty.

Tikoduadua says we must make every endeavour to help them.

Tikoduadua says they urge the government to change the eligibility criteria so that individuals under 18 years of age, who are mostly students, are able to access this program, irrespective of their parents’ joint income reaching the maximum threshold of even if they earn $20,000 and themselves individually qualify for the program.

He says they also urge the government to equip pharmacies with computers or if not, link one of their computers to the Ministry’s database of eligible recipients.

Tikoduadua says they also urge the government to remove the list of 142 free medicines and implement a truly genuine free medicine program where those eligible can access any medicine as prescribed by a doctor, thus removing the risk of medicine being either overstocked, under-supplied or expiring.

The NFP President says this will remove the need to supply pharmacies with a list of generic medicines, who in turn can dispense medication from their own stock, generate bills monthly to Ministry of Health for payment, eradicating both patient and pharmacy frustration and giving true meaning to free medicine.

Health Minister Doctor Ifereimi Waqainabete says the Free Medicine Scheme says any person seen in any public health facility whether you earn below $20,000 or earn $200,000 you receive free medicine. 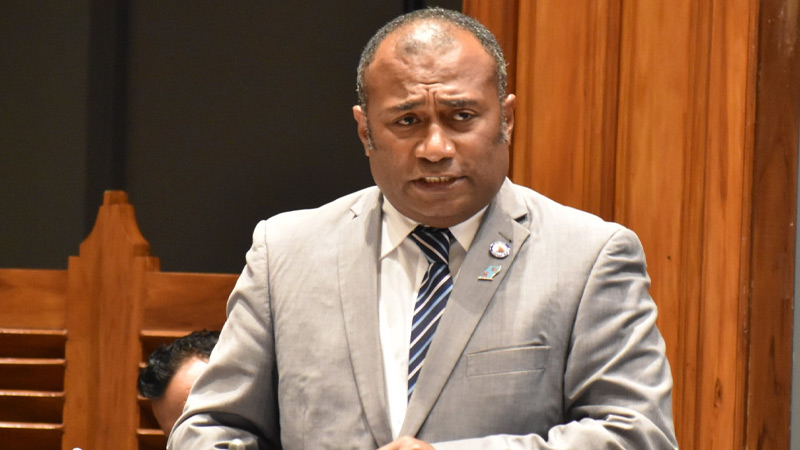 Doctor Waqainabete says the Health Ministry is piloting a project with Island Pharmacy that will allow retail pharmacies to dispense their own stock of price control medicines that are part of the Free Medicine Program list.

He told parliament that this will be the generic stock.

Doctor Waqainabete says the current framework underlines that the Fiji Pharmaceutical and Biomedical Services are to procure and deliver the approved medications to retail pharmacies.

He says once received, pharmacies are to dispense those medicines to eligible patients and keep manual records of these released goods.

Doctor Waqainabete says at the beginning of this year, they have reviewed that because it is now going on to 5 years.

He says it was reviewed to look to suit the current situation from the impact of COVID-19 through the global supply chain of pharmaceutical services.

Tummy aches are ‘the Sherlock Holmes area of medicine’

How health care providers are testing for COVID-19