585
SHARES
3.3k
VIEWS
Share on FacebookShare on TwitterPin It
CLOSE 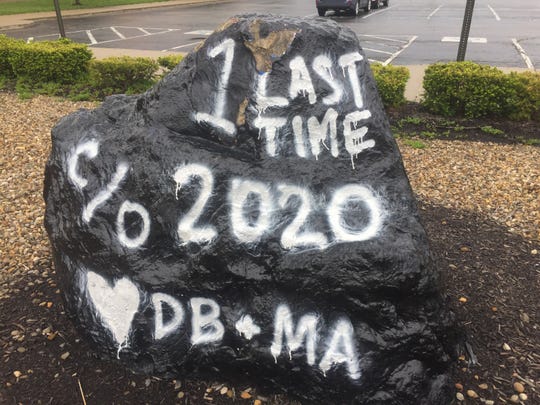 Had the world and events gone as planned, the Licking Heights Class of 2020 would be the last to pass through the doors of the present high school as graduating seniors: the next graduating class, that of ’21, is expected to occupy a new building scheduled to open this fall.

But the global pandemic shut athletes out of spring sports, sent students into homes for online study, and social distancing requirements kept friends and classmates apart in the end.

As the Class of 2020 charts its course into the future, a few of its members shared thoughts about the past, and some notions about what is yet to come.

Medical studies ahead for accomplished golfer

At the start of what later became a remarkably unusual senior year, Mariana Vega-Rivera and her classmates met for a sunrise gathering.

In a May 19 phone interview, she said she and her classmates hope to close the circle by watching a sunset together – “socially distancing, of course,” she said.

Mariana’s high school career at Licking Heights has been a balance of academic achievements and athletics. 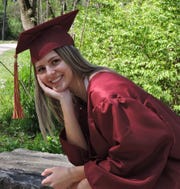 The avid golfer has been recruited to continue her efforts at the collegiate level by Ohio University, which she plans to attend this fall.

Her interest in golf began quite early, when she about 7- or 8-years-old, she remembers.

“My dad and his dad used to play,” she said. “My dad took me out one day, and ever since, I’ve just been playing.”

Her home course is Cumberland Trails, of which she is a member. Because golf courses were early identified as “essential” by Ohio government regulations, she has been able to practice through the pandemic and its widespread forcing of closures.

“They have their good social-distancing rules and clean their carts,” she said of Cumberland Trails. “The (players) have been doing anything they can to social distance, as well.”

She took College Credit Plus classes at Columbus State this year. Her plan is to major in biological studies at OU. It’s something of a family tradition: “I have a bunch of doctors and dentists in the family,” she said. “My Mom is a medical technician.”

As it has been for everyone, she says the pandemic “has been an adjustment. I did take some online classes before the pandemic started, so I was adjusted to that.”

Apart from that hoped-for sunset gathering, she’s uncertain what graduation looks like, otherwise.

Licking Heights hasn’t made a decision yet as to what to do in terms of a ceremony, she said.

“We’re just going to have make the best out of it and hope we get our (college) celebration in four years,” she said. “This is for sure something we’re never going to forget.” 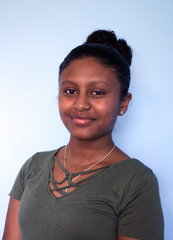 Atekelt Getahun came to the United States from Ethiopia in 2012.

She learned the English language in about six months, and in high school has challenged herself with numerous honors and AP classes, extracurricular activities, and volunteer work and mentorships in the medical field.

She said this fall she will become a freshman at Ohio State University, where she will likely major in biochemistry.

Atekelt said she had some interest in becoming an ophthalmologist, but after mentoring with one of those and also with an optometrist found, “It wasn’t what I expected.”

She is now considering studying to become an infectious disease control technician. That stems from some personal losses: “I had a little background, a little history where I lost relatives to various different diseases. I was inspired by that.”

Also, at least some of that interest is inspired by the current pandemic that has so altered the terrain for herself and fellow Class of 2020 members.

She’s under no illusions COVID-19 could continue to exert pressures on their educational paths going forward, at least for a time.

“I was looking forward to experiencing the college life on campus,” she said, “but with the pandemic going on, I understand the situation, and I’m willing to do online schooling for at least the first year of college. We can’t do anything about the disease so we have to cooperate and do what’s best right now until there is a vaccine.”

That said, online learning the past months seemed more about assignments than learning, she said. She was also balancing high school studies while preparing for two AP tests.

A member of National Honor Society, she volunteered at Mount Carmel and Children’s hospitals.

Of her experiences since coming to American in 2012 as a fifth-grader, she recalls the many challenging transitions.

“In Ethiopia I didn’t have a lot of teachers; I used to watch a lot of movies and TV shows in English and I think that helped a lot (with learning English). I did that there and then did the same thing here.”

Along with academic pursuits, Atekelt also participated in Art Club. A highlight of that experience was a “diaspora” show, a kind of fashion show with dancing, “where I showed off my Ethiopian culture and tradition.”

She also took the opportunity “to say thank you to my big brother and my parents for being role models and helping me get though the difficult times in my life.” 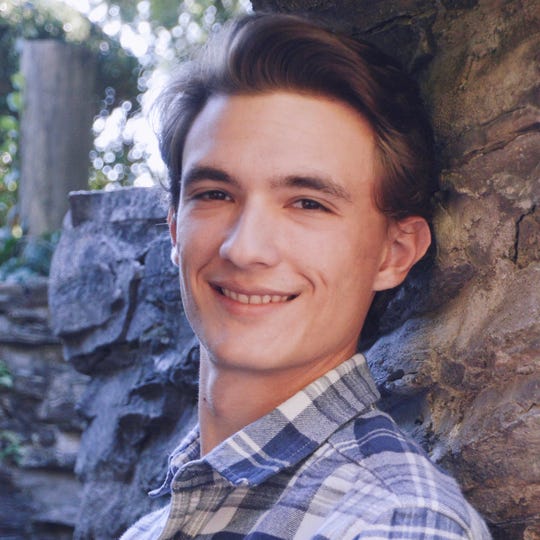 A love of music

An avid practitioner of various musical instruments, his high school ambition is to instill that same passion in young music students.

He plans to attend Capital University, where he will major in music education: “That gives me the ability to teach K-12 music,” he said in a recent phone interview. “It’s definitely going to be band-related.”

Corbin has been a marching band member for six years. He has also participated in choir, “and did a little bit of theater this year, with the musical ‘Rock of Ages.’” But the global pandemic has postponed that performance until at least December. If it goes forward then, “Since I’m local (at Capital), I’ll be able to come back and perform in it.”

He already has had a taste of practicing musical education, as he has been giving private lessons, “for a couple of years now, for students just starting French horn. Watching them improve is more fulfilling, and that growth makes me feel a lot better and a lot more happier,” he said, than advancing his own music practices.

As to the past few strange months?

“I guess the main part is I just miss my friends,” he said. “Doing Zoom calls is nice, but its not the same as seeing them in person.”

Online education “was at first really bizarre and weird. I wasn’t a fan of it. I’m still not a fan of it. It’s something we can’t really control. I’m doing well… Living through this part of history means every action you take is important. People don’t realize how each individual makes a difference in terms of stopping the virus and going back to a normal life.” 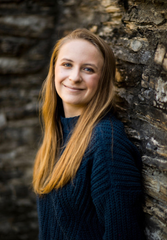 A fascination for other cultures

Madison Ellcessor plans to major in international politics and pursue Chinese as a minor.

Her fascination with other cultures, and with that of China, began when she started Chinese language studies in eighth grade.

To prepare for her future, her counselor noted she has taken numerous Honors, AP and CCP classes, in addition to participating in Ohio Model UN, serving on the Yearbook Staff, and serving as secretary for National Honor Society.

She had the chance to visit China and live with a host family there for two weeks.

“That was definitely an amazing experience,” she said. “That was amazing, because I got to go through their whole day. It’s so different from American culture. It really fascinated me.”

She will pursue her interest in foreign politics at Purdue University. As the pandemic has forced many students to make “virtual visits” in choosing their colleges, she said she was fortunate enough to visit the school in person before things began locking down.

“I loved the campus,” she said. “It just has a nice feel to it. It’s a great community and a great faculty.” For now she said, all indications are that studies will begin in person this fall, “So, fingers crossed.”

She also plans to study abroad when the world opens up again to international travel post COVID-19.

Studying online and wrapping up a senior year has, of course, had it’s disruptions. What could be pulled together of the yearbook was done to the extent that it could be via Zoom calls, she said. Still, it remains a work in progress, “the juniors will have to finish in the fall, unfortunately,” she said.

“It’s been challenging,” she said of the past several months. “It’s definitely an unprecedented time. I’ve gotten along fine, I guess. But it’s been very challenging. Fortunately, Licking Heights has a great faculty and teachers dedicated to making sure we get the most out of our learning.” 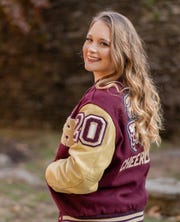 Emma Knutty will be attending the University of Pittsburgh. (Photo: Submitted)

Emma Knutty, a QuestBridge finalist, will be attending the University of Pittsburgh this fall.

She visited a number of schools, she said, including Michigan State, Ohio State University, Cincinnati University and the University of Louisville, also.

In the fall of 2019, she was thinking about possibly majoring in forensics, but will now be pursuing a major in biological sciences. “I took environmental science over the past year, and kind of got more interested in earth sciences and policy rather than the in the criminal and forensics.” She said she might possibly minor in Spanish.

Things she’ll remember from her time at Licking Heights High School: “My relationships with my teachers were very strong. I definitely had a great time with my friends. I made a lot of good friends. Football Friday nights are something I will remember. My proms and homecomings were fun too, and in the way they were set up.”

She also said, “I challenged myself with my AP classes, and I think that really made  a difference for my college decision and what I wanted to do after high school.”

As to the past few months of studying from home and sheltering in place, she said, “It’s not been too bad,” but she added, “Before this outbreak, I wanted a break; now I regret saying that. I’ve just been doing online work and my (College Credit Plus) class (in psychology), and seeing some of my family that I can because I have more time.”

She said online studying took some adjustment but she eventually arrived at a schedule and strategy that worked: “I usually attempt one class a day and do the entirety of the work for the week.”

She said she expects her studies to begin on-campus in some fashion in Pittsburgh, at this point, whether it be partially online, or otherwise.

Beyond that, she wished luck to her fellow 2020 classmates: “We’ve really gone through a lot. Hopefully we have a graduation.”

Elderly people are dying from isolation

Fitness Center Open For First Time Since March – The Quadrangle