This article is part of State of Health, a series about how Michigan communities are rising to address health challenges. It is made possible with funding from the Michigan Health Endowment Fund.

Michelle Schulte, project director for the Inter-Tribal Council of Michigan, tells a story: before Europeans colonized North America, a prophecy warned the Odawa, Ojibwe, and Potawatomi people living on the Atlantic coast that a people would come to destroy them. So they joined together as the Anishinaabe and migrated to the Great Lakes region. The prophecy foretold that their new home would be a place where food grows on water. That food was wild rice (Zizania palustris), a grain-producing grass that still grows in some of northern Michigan’s shallow, quiet inland lakes and slow-flowing streams. 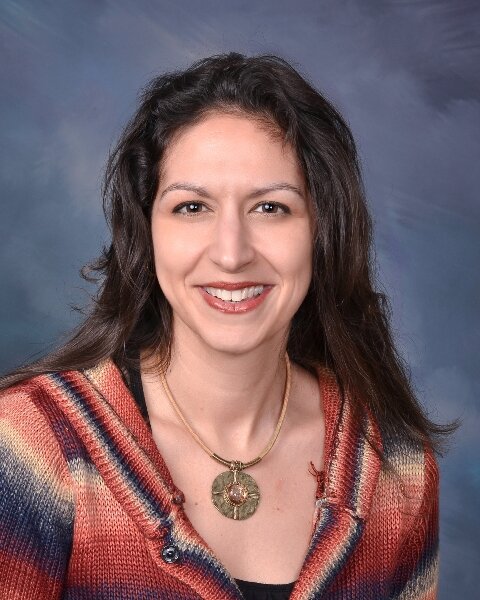 Unlike most Indigenous people who remained on the East Coast, the Anishinaabe have survived. Today, Schulte, a member of the Red Cliff Band of Lake Superior Chippewas, serves wild rice to kindergarteners involved in the Inter-Tribal Council’s Mishkikiiwan Miidjim: Food Is Medicine project. She and other educators across Michigan are working to improve the health of the state’s Indigenous people by reconnecting them to the foods and agricultural practices that are their pre-colonial heritage.

With the goal of reducing obesity in Indigenous children ages 2 to 11, the Mishkikiiwan Miidjim project is piloting its curriculum in a number of places, including in kindergarten classes in Suttons Bay Public Schools, where a large portion of students are Indigenous. Schulte recalls young participants who have requested traditional recipes from her and told her they enjoy making and eating them at home.

“To see our younger generation be excited about traditional food is a huge shift,” she says. “In the ’90s, when I first started teaching, kids would say, ‘My parents are Native but I’m not.’ Now they are coming around, welcoming it, and being excited and open to share it with their classmates, even the non-Natives.”

According to Schulte, Indigenous kids have high rates of obesity for a number of reasons, with diet at the top of the list. As unfair treaties took more and more land away from Native Americans, their land base shrank to the point that they could no longer use traditional means to hunt, forage, and grow nutritious foods. The U.S. government provided them with nutrient-poor commodity foods that their bodies were unable to properly process. These colonized foods, like white flour, gave rise to new eating habits that resulted in rates of obesity, diabetes, and heart disease unparalleled in other U.S. populations.

“Our people live healthiest when they are living closest to the land and eating Indigenous foods growing seasonally,” Schulte says. “The way we eat has impacted the health of everybody, and Native Americans have not been able to close that gap because access is not a possibility. We are mostly living on reservations and in very rural, out-of-the-way areas.”

Like many Michiganders living in rural communities, Indigenous families often lack access to healthy, whole foods, with the most readily available food retailers being gas stations, liquor stores, and dollar stores. Many Indigenous Michiganders still suffer the effects of Michigan’s three Indigenous boarding schools, the last of which closed in 1983. The schools held Indigenous children who had been forcibly removed from healthy homes with the goal of erasing their culture, language, and heritage. Many Native people living in Michigan today attended those boarding schools.

“We still have a lot of families experiencing that disruption, a whole generation completely raised in boarding schools who didn’t have the opportunity to learn how to parent a child, cook for themselves, or learn what foods they should be eating,” Schulte says.

But she says education on diet, nutrition, and history can help undo some of the damage.

“Eating an Indigenous diet is a great entryway into rebuilding our identity as a people,” Schulte says.

In the Grand Rapids area, Anishinaabe chef Camren Stott is taking a different strategy to nourish his people. He is working to get a business called Thirteen Moons Kitchen and Cafe off the ground. His intention is to serve “decolonized food and beverages that nourish and heal the body while re-establishing that interdependent relationship with the natural world that surrounds us,” as stated on the project’s GoFundMe page.

In recent months, Stott prepared take-and-bake dishes in Oakdale Park Christian Church’s kitchen and sold them via the South East Market. Dishes included shepherd’s pie with Peruvian purple potatoes and sunchokes, and pozole smoked turkey with maitake mushrooms. Currently, Stott has put that effort on hold in order to establish an urban garden where he can grow his own ingredients to make his product affordable to those with income challenges. Stott’s ultimate goal is to have a brick-and-mortar location that will also serve as a welcoming community space. 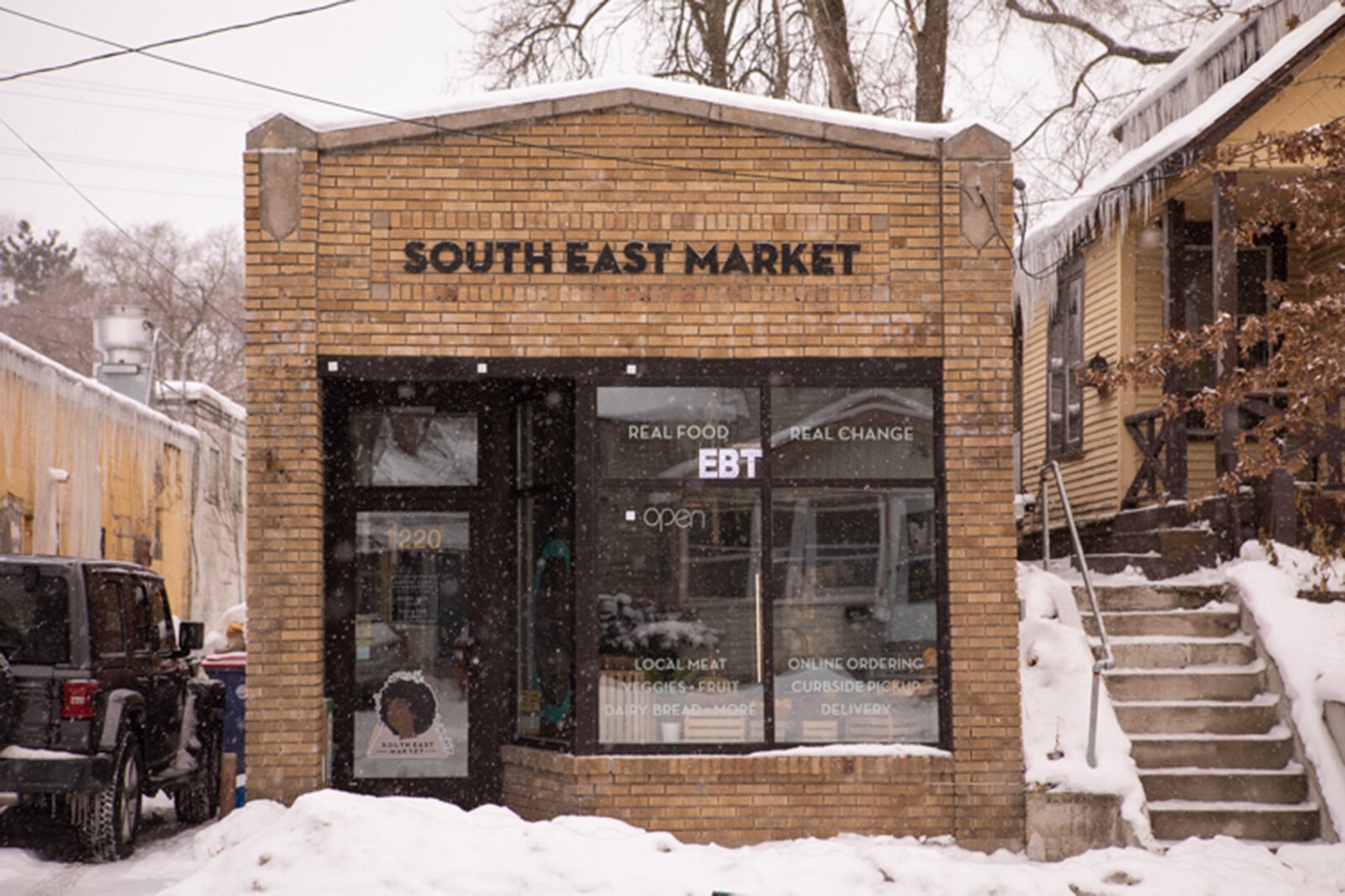 “We want to sustain ourselves and sustain the community. It’s a communal effort and we want to involve as many people as possible,” Stott says. “It is also a for-profit business, but we want to do it community-based and generate capital to flush back through the community.”

Definitions of a decolonized diet vary. When decolonizing his own diet, Stott first eliminated processed sugars, glutens, and dairy. Schulte describes a decolonized diet as “nothing that comes in a box,” and emphasizes foods including local berries, local fish, squashes, heritage corn, wild rice, and foraged foods like sunchokes. 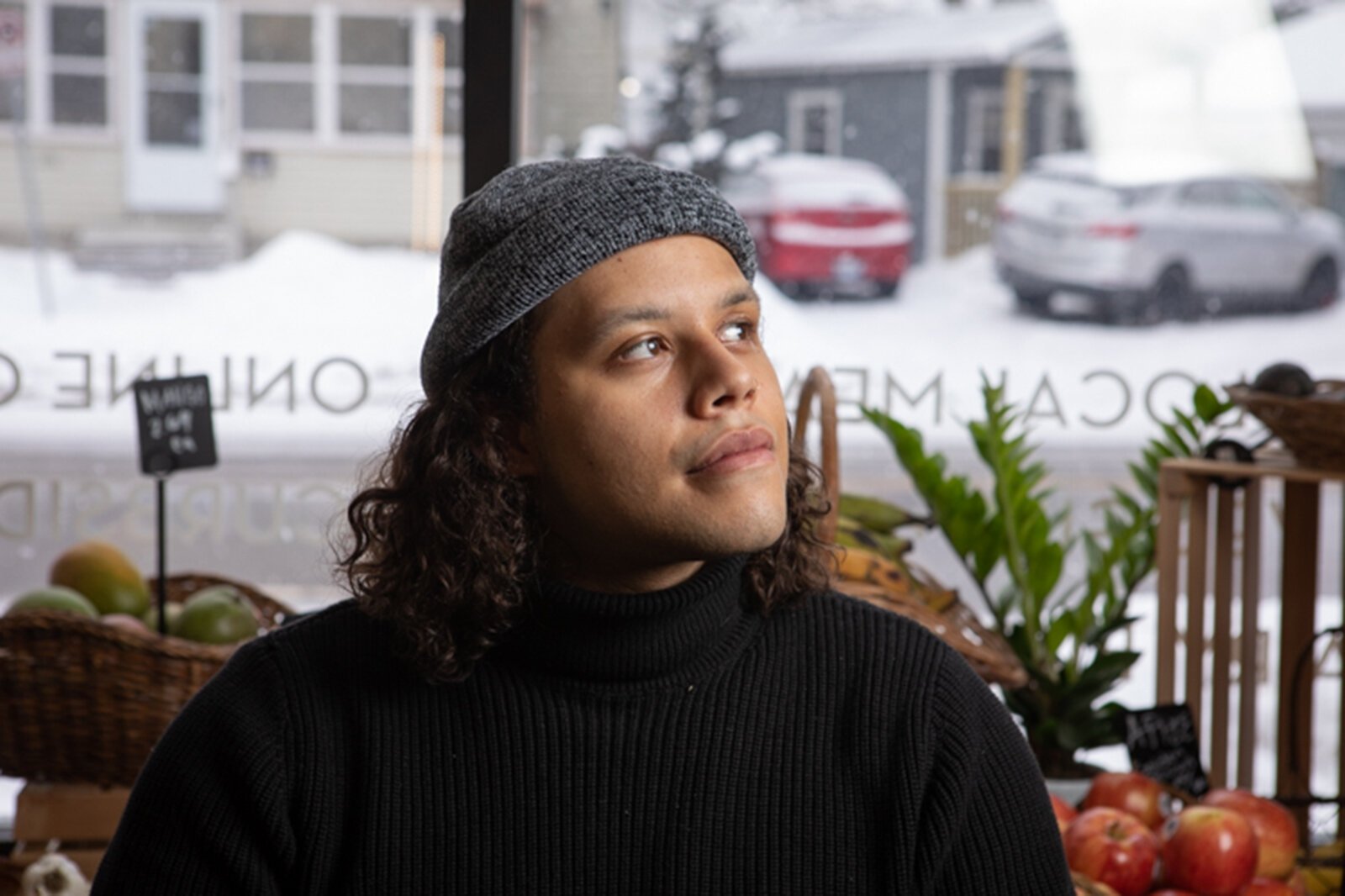 “All the things brought over by European settlers really affected our diet and now we are three times more likely to get diabetes,” Stott says. “We’re fighting against that by taking back our food system and growing healthy food to serve to the community. What we really need is access to land. Regulations, licensing, and ordinances make it really hard to get that. Colonialism has really twisted the narrative and made something that should be simple extremely hard.”

As part of her work as director of university-Indigenous community partnerships at the Michigan Tech Great Lakes Research Center, Valoree Gagnon works closely with the Keweenaw Bay Indian Community. Much of this work focuses on food. For the past decade, she has alerted the community to toxic substances found in fish caught in the area. She also helps with a community garden that includes berry fields, an orchard, and an herbal medicine garden, as well as individual family garden plots. 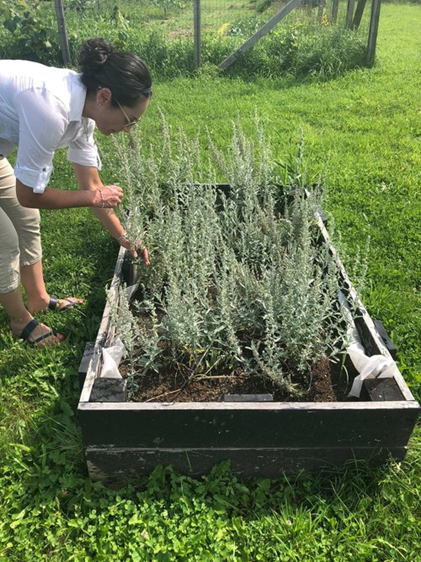 “The entire landscape is rich with foods and medicine that people have depended on for centuries in this region,” she says. “So much is about reclaiming and revitalizing those relationships between plants and people.”

Hunting, gathering, and foraging once provided an abundance of food for Michigan’s original people. Today, that landscape can still provide some of the food and medicine needed to nourish Indigenous residents back to health. The concept of all plants, animals, and people honoring each other and giving what is needed to sustain all life is not a concept most non-tribal people have understood.

“We need to have a lot more education about Indigenous landscapes and harvesting sites, about asking for permission, receiving consent from the plants, and not taking more than you need,” Gagnon says. “People who are not intending to do any wrong are limiting the availability and access for Indigenous people, especially when these things are harvested for commercial purposes.”

However, Gagnon sees the growing popularity of the catchphrase “food as medicine” as the start of an important conversation. She notes that the Ojibwe sometimes refer to wetlands as “the original medicine cabinet.”

“‘Food as medicine’ is, to me, knowledge held by the original people within the Great Lakes states, … original knowledge that is thousands of years old,” Gagnon says. “The systems that different plants, food, and medicine thrive within, those systems need to be restored and protected.”

A freelance writer and editor, Estelle Slootmaker is happiest writing about social justice, wellness, and the arts. She is development news editor for Rapid Growth Media and chairs The Tree Amigos, City of Wyoming Tree Commission. Her finest accomplishment is her five amazing adult children. You can contact Estelle at [email protected] or www.constellations.biz.

Camren Stott photos by Kristina Bird. All other photos courtesy of the subjects.

From wine to Chinese medicine, risk of bubbles rises globally