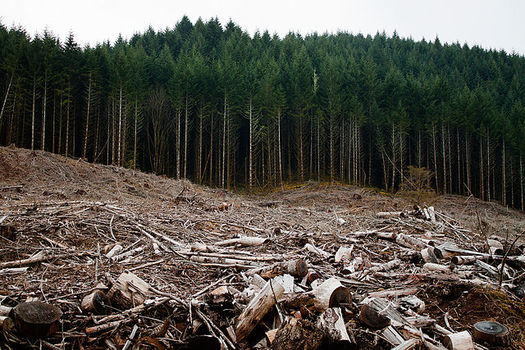 CHEYENNE, Wyo. — Conservation groups are weighing their options to protect habitat and watersheds after the U.S. Forest Service issued its final decision last week to allow logging on more than 235,000 acres, and bulldozing 600 miles of new roads in the Medicine Bow National Forest in southern Wyoming.

Adam Rissien, rewilding advocate for the group WildEarth Guardians, said the plan is a boon for the commercial logging industry, but will put many wildlife species in the area at risk.

“Roads fragment habitat,” Rissien said. “When you have increased road density, you have decreased habitat security for a range of wildlife species including elk, lynx, and the list actually goes on and on.”

Rissien said roads also send more dirt into streams when it rains, which can impact watersheds and fish populations.

The Forest Service has argued thinning forests will increase resiliency and reduce the risk of wildfire from beetle outbreaks.

The plan is projected to cost U.S. taxpayers nearly $250 million.

Young said the Forest Service still has not identified where within the nearly 1,000-square-mile project area the agency plans to log or build roads; data he says is needed to fully evaluate the plan’s impacts.

Rissien believes claims about preventing wildfire are just a way to justify clear-cutting and commercial logging.

Rissien said his group has not ruled out legal action to block the plan going forward.

ASU study finds association between screen time use, diet and other health factors