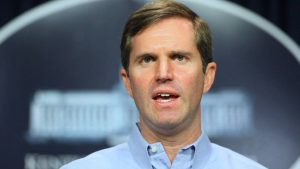 The return of housecalls: How Covid-19 will change healthcare forever

The Governor also spoke about his plan to address racial disparities in health care and a proposal to hold the Kentucky State Fair.

“All around the commonwealth, I have seen people going the extra mile, and taking these precautions very seriously,” the Governor said. “It’s very important that we follow the Healthy at Work guidelines so we can do this and do it right. Our goal is to be able to reopen our economy without pausing, and get our kids back in school this fall.”

J. Michael Brown, secretary for the Governor’s Executive Cabinet, followed the Governor’s COVID-19 update with new information on the Kentucky State Police investigation into the death of David McAtee.

Case Information
As of 4 p.m. Tuesday, Gov. Beshear said there were at least 11,708 coronavirus cases in Kentucky, 245 of which were newly confirmed Tuesday.

“These new cases are a reminder that this virus is everywhere in Kentucky, and we need to continue to follow the good practices that we know help us manage this virus,” the Governor said.

“We continue to lose Kentuckians of all ages, and it continues to be a time when our compassion is needed,” Gov. Beshear said. “Even with everything else going on in the world, let’s make sure we have enough compassion for these families that have lost someone.”

At least 3,365 Kentuckians have recovered from the virus. For additional information, including up-to-date lists of positive cases and deaths, as well as breakdowns of coronavirus infections by county, race and ethnicity, click here.

Racial Disparities in Health Care
Gov. Beshear on Tuesday offered more details about an effort he is launching to address racial disparities in health care in the commonwealth.

“I believe that health care is a basic human right. I made a pledge that we would work to sign up every Kentuckian for some form of health coverage,” the Governor said.

He noted that he took early steps to rescind the previous administrations Medicaid waiver, which would have taken coverage from 90,000 people. In addition, Gov. Beshear also made a budget proposal for health care coverage for children, but the legislature did not include that in the budget.

“COVID-19 has shown us where our health care priorities need to be, in terms of where we begin providing this type of coverage,” the Governor said. “Our African-American population is dying at twice the rate than is forecasted by population.”

“We have an obligation to make sure that members of our African-American communities are able to sign up for health care coverage right away,” Gov. Beshear said. “There is long history of racial inequality in health care. The coronavirus is making that more clear than ever.”

He said his goal is to make sure that everybody has coverage either through Medicaid, expanded Medicaid or the private market.

“All of our industries that right now have a capacity limit, like retail at 33%, restaurants and others – at the month date, where they’ve been operating for a month under that 33%, we are going to increase that capacity to 50%.”

He said compliance with Healthy at Work guidelines and other requirements remain key to keeping establishments open.

“We have approved the State Fair proposal. It will look very different this year, but the main thing is that we are keeping the agricultural competition and so many of the things that make the fair great,” the Governor said. “However, the fair will not be able to use the portion of the Expo Center that houses our state field hospital. We are nowhere close to needing it, but we do not want to take it down and then need it later.”

“The Kentucky State Police is going to do a frame-by-frame review, that’s going to be more than 3,000 frames. Previously, I reported that David McAtee appears to have succumbed to a single gunshot wound to the chest, and that remains our conclusion,” said Secretary Brown. “Tonight I’m providing some further details on our findings: First, we have been conclusively able to identify the type of weapon that fired the fatal shot; second, we have identified that the 9 millimeter pistol seen in the videos with Mr. McAtee and found at the scene had fired at least two shots that evening; lastly, I’ll report to you that David McAtee had gunshot residue on his person from that evening.”

“Our crime lab was not able to match up the particular bullet fragments with a particular rifle,” said Secretary Brown. “But we do know the caliber and type of ammunition and we know that night those rounds were only fired by one agency, and that was the Kentucky National Guard, responding to the fire that they had received.”

Secretary Brown said the forensic evidence showed McAtee had a 9mm handgun and had fire the weapon at least twice.

“We have no doubt about that Mr. McAtee’s weapon was tested and the shell casings we found outside the door came from that weapon,” he said, adding that Mr. McAtee was tested for gunshot residue and those reports came back positive.

Absentee Ballot Application Portal Online
Gov. Beshear is encouraging all voters to use a new Absentee Ballot Application Portal now available online. A link to the State Board of Elections’ portal can be found at govoteky.com. He urged everyone who plans to vote in the primary elections to go to the portal and request an absentee mail-in ballot. The deadline to request an absentee ballot is June 15.

The return of housecalls: How Covid-19 will change healthcare forever