A new diet approach that restricts essential amino acids was explored in new research by a team of international scientists from Australia, Denmark, and Germany.

The associated study titled, “Restriction of essential amino acids dictates the systemic metabolic response to dietary protein dilution,” is published in the latest issue of the journal Nature Communications.

What was the study about?

The researchers explained that essential amino acids (EAA) are those that are needed for vitality and growth when the supply of amino acids (AA) are removed from the diet completely. They write that at present, humans rarely face dramatic protein/AA insufficiency, and for the first time in human history, nutritional excesses mean the number of overweight people outnumbers the number of underweight people on a global scale. Thus it is important to reconsider the uses of amino acids in the diet. 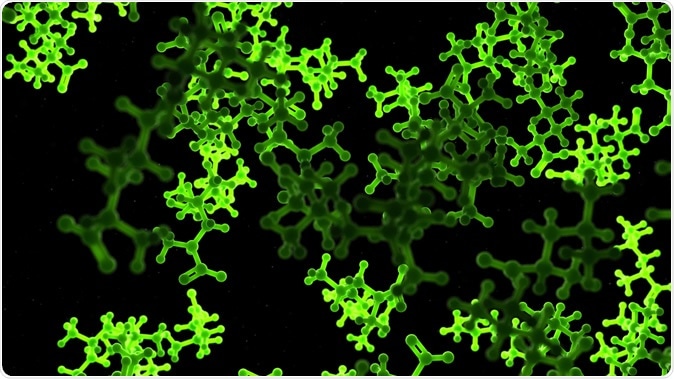 What is dietary protein dilution?

They also explain that one of the approaches to a healthy diet is “dietary protein dilution (DPD).” Here the proteins in diet are reduced and are replaced by other sources of nutrition. This differentiates it from the restriction of calories. In severe protein restriction or amino acid restriction, there is a compromise with growth and vitality, they explained. DPD, on the other hand, can promote health and also longevity. It has been tested on other species such as flies, rodents, etc. The researchers speculate that DPD could benefit humans as well. They write that there is evidence that DPD could prevent diseases such as type 2 diabetes, fatty liver disease, cancer, raised cholesterol, and others.

The team writes that DPD can benefit humans by promoting “metabolic and physiological adaptations via constituent AA.” They added that DPD and AA restriction could promote health by factors such as “liver-derived hormone fibroblast growth factor 21 (FGF21)”. In humans, DPD raises FGF1 they wrote.

This study was conducted to see if the restriction of EAA could be important to provide the benefits of DPD. For this they tested the particular AAs to see if “specific dietary EAA restriction is both sufficient and necessary to drive the systemic metabolic response to DPD.”

For this study, the diet was tested on experimental mice aged seven weeks. These mice were genetically modified C57Bl/6NCrl mice. They were on the experimental diets for three weeks, and their body weights were recorded every week. Their blood glucose was also measured. The diets were Speciality feeds with different amounts of EAA.

The effects of the diet were checked at six months in both male and female mice that were on the diets.

The study showed that DPD could improve “glucose and lipid homeostasis in obesity.”  Restriction of AA (5 percent from casein protein) led to reduced serum urea they wrote. As the AA was added back, the parameters normalized. AA restriction had led to a decreased feed efficiency they wrote. DPD led to raised FGD21 and improved glucose metabolism. They also found it to improve fasting insulin sensitivity (ISI(f)). They also noted that when AA was added back, the increased fasting insulin sensitivity was completely reversed.

They tried to check if each one of the EAAs could allow the benefits of the DPD. They called it “dietary EAA restriction (DEAR).” They individually added back either Lysine (Lys), Threonine (Thr), or Tryptophan (Trp). They wrote that “deprivation of either Thr or Trp, but not Lys, was sufficient to mimic the effects of DEAR.”

Study author Professor Stephen Simpson, Academic Director of the Charles Perkins Centre, said, “We are beginning to understand how critical the balance of dietary amino acids is to the control of appetite, health, and aging.” Study leader Dr. Adam Rose of Monash University said, “Once we understand which particular dietary components are needed for the health-promoting effects of these diets we can design strategies to mimic them, simulating the effects without having the negative side effects.”

Chewing Gum for Weight Loss: Does It Work?