As part of the high-risk groups, most elderly patients that contract coronavirus are placed in intensive care with a ventilation machine. A new study from the University of Florida revealed that dietary nitrate supplementation could potentially improve diaphragm function.

Another recent study revealed how prolonged ventilation support is harmful to health due to lung bacteria reacting to high concentrations of oxygen. Therapeutic oxygen could potentially cause Staphylococcus infection, which may lead to lung injury.

Coughing and hypoxemia, or shortness of breath, are two of the most common coronavirus symptoms. Even those with mild cases of the virus have experienced weakened lung function from weeks to several months long.

In the new study, experiments done on mice models revealed that dietary nitrate not only strengthens inspiratory muscles but could help clear the lungs as well as help prevent infection. The team believes that their results can be replicated on the human lungs.

Administered dietary nitrate on old mice showed a significant increase in diaphragm power or contractile function (respiratory muscle). Previous research has shown that nitrate can also help improve the use of calcium for muscle function.

Mice were given sodium nitrate, which was mixed in their water for two weeks, while a control group received untreated water. Then, the team tested diaphragm muscle contractile function in a controlled environment for oxygenation and muscle function.

“Our findings are especially important in light of the current COVID-19 pandemic…dietary nitrate is useful to improve respiratory muscle dysfunction that contributes to difficulty in weaning patients from mechanical ventilation,” said Leonardo Ferreira. 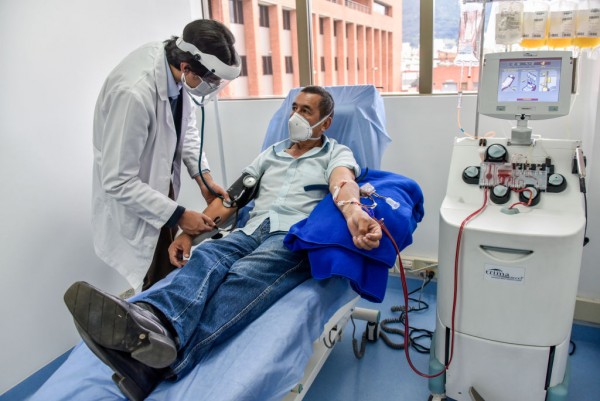 READ: COVID-19 in New York More Lethal Than the Flu Outbreak in 1918

Other Benefits of Nitrate

Nitrates (NO3) and nitrites (NO2) are also beneficial for the digestive system and act as antimicrobials. They can fight off harmful gut bacteria such as Salmonella.

The body can also convert nitrate and nitrite into nitric oxide (NO), an important signaling molecule. Nitric oxide travels through the arteries and signals the surrounding muscles to relax. As blood vessels dilate, blood pressure decreases.
Nitroglycerin (C3H5N3O9), a drug containing nitrate, is used to treat heart problems and other health issues. It can prevent chest pains that are the result of a lack of blood flow and oxygen in the heart or angina.

Dietary nitrate may also be useful for people who contracted COVID-19 but are asymptomatic. Recent scientific findings revealed that most asymptomatic patients had particles with ground-glass opacities—or cloudy white—in their lungs or ground-glass opacities. These are signs of lung damage and inflammation, but scientists have yet to determine if the damage is temporary or severe.

Check out more news and information on COVID-19 on Science Times.

©2017 ScienceTimes.com All rights reserved. Do not reproduce without permission. The window to the world of science times.

Blaque is a new fitness club catering to the Black community

Blaque is a new fitness club catering to the Black community